New report on rainbow families’ rights: The ‘Coman judgment’ and its implications. A clear work order for the EU institutions! – NELFA claims on further efforts to guarantee freedom of movement within the European Union 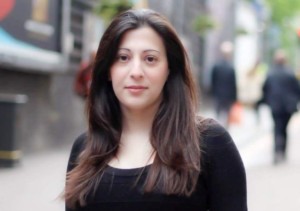 The Network of European LGBTIQ* Families Associations, NELFA, just published its first scientific report. It is a legal analysis of the ‘Coman case’ before the European Court of Justice in Luxembourg, which had ended with a landmark ruling in early June 2018: The term “spouse” in the EU Directive 2004/38 (freedom of movement) includes married same-sex couples. Author Prof. Alina Tryfonidou (University of Reading) deals with the positive outcome of the judgment for rainbow families but also points out some important limitations.

NELFA-President Dominique Boren says, “We are delighted by the work of Alina Tryfonidou! The new report highlights that EU countries can under no circumstances impose unjustified obstacles to free movement of LGB Union citizens married to a person of the same sex. Member States are obliged to ensure the continuation of the legal familial ties as these have already been established in another EU country. Unfortunately, the Coman judgment is no saviour. Certain gaps remain and reality shows that rainbow families still face a wide range of problems when crossing EU borders, in particular with regard to parental rights. That’s why we urge the EU institutions to close existing loopholes which undermine our lives!”.

NELFA’s Vice-President Giuseppina La Delfa adds, “Some days ago, we took the first copy of the Coman report to a meeting with the EU Commission. For us it’s clear that we need to establish a close relationship with the decision-makers and to bring in our expertise. It’s outrageous what LGBTIQ* people and their children still experience when exercising free movement rights. Some families cease to exist on paper, children even remain stateless. We know that’s still a long way off to achieve full equality, but we will work tirelessly for a positive change. One important goal is the mutual recognition of civil documents within the EU. Not only marriages, but also civil union contracts, adoptions or birth certificates!”.

NELFA is the European platform of LGBTIQ* families associations, bringing together LGBTIQ* parents and parents-to-be from all over Europe. NELFA currently represents 34 organisations in 28 European countries with more than 20,000 members. NELFA is a member of ILGA-Europe, Transgender Europe and COFACE Families Europe. Website: http://www.nelfa.org. Leaflet: http://bit.ly/2rJW0us. Newsletter: https://bit.ly/2sFcqBO.