Automatic co-parent recognition in Finland: A milestone for the well-being of children in rainbow families! 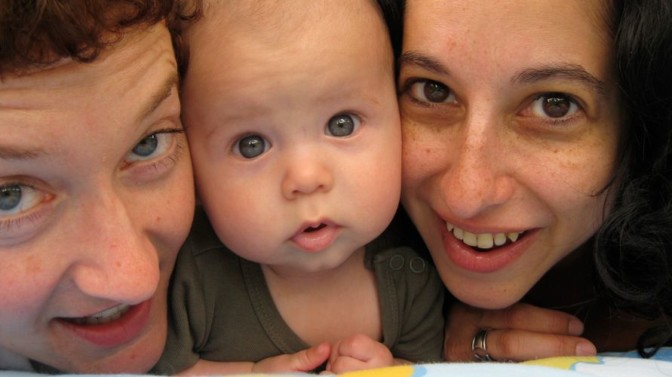 The Network of European LGBTIQ* Families Associations, NELFA, is delighted by the recent legislative development in Finland. The Parliament in Helsinki approved a citizens’ initiative to allow children in rainbow families to have two mothers from birth.
The proposed change to the Maternity Act in Finland applies to same-sex partnerships where one of the women undergoes fertility treatment to become pregnant. So far, the woman not giving birth had to adopt the child in order to gain legal rights as a parent.
NELFA’s President, Dominique Boren, says, “The legislative change is a well thought and necessary step forward for rainbow families. The process to become a mother with legal rights can be time consuming, expensive and humiliating – this contradicts, in particular, the well-being of the children. Currently, eleven European countries allow automatic co-parent recognition or similar laws. It is time for a new course of action! Let’s hope Finland paves the way for other EU Member States lacking such recognition.”
Juha Jämsä, Executive Director of Sateenkaariperheet (NELFA’s full member organisation in Finland), states, “The law is one of the most important milestones in the history of our association. It improves the status and the legal protection of children of female couples and provides legal certainty in an essential way. Next, there is a need to take care of the status and well-being of other kinds of rainbow families. In its report, the Law Committee of the Parliament refers to this need for future development.”
About NELFA:
NELFA is the European platform of LGBTIQ* families associations, bringing together LGBTIQ* parents and parents-to-be from all over Europe. NELFA currently represents 29 organisations in 18 European countries with more than 20,000 members. NELFA is a member of ILGA-Europe, Transgender Europe and COFACE Families Europe. Website: http://www.nelfa.org. Leaflet: http://bit.ly/2rJW0us. Newsletter: http://bit.ly/2jgZNJc.
Further contacts:
Dominique Boren (NELFA President): +33 630 49 66 62
Giuseppina La Delfa (Vice-President): +39 393 39 63 733
picture: taken from Sateenkaariperheet ry
Share this
0 likes
Related Articles