A marriage is a marriage – and should be recognised as such! – NELFA claims on the right of freedom of movement after a gay couple was told by the French government to divorce. 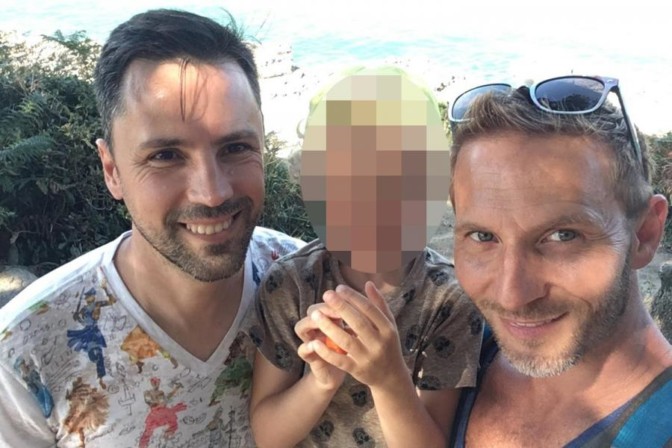 The Network of European LGBTIQ* Families Associations deprecates the behaviour of the authorities in France who don’t recognise UK same-sex marriages which were converted from civil partnerships in (and after) 2014. At that time, the certificates were backdated to the original date of the civil unions without a ceremony. But this is obviously incompatible with French law and rainbow families concerned are left behind in a legal limbo.
NELFA presses for a true-to-life approach with these cases. Recently, the online magazine “pinknews” reported on a gay couple with this problem by considering to move from London to France. The solution suggested by French government officials was to get divorced and to remarry in France. But even this “advice” didn’t help, as the UK requires actual grounds for divorce and to live apart for several years. This could also have an impact on the legal status of the couple’s seven-year old adopted son. In the meantime, the French authorities know that this is not an isolated case; several LGBTIQ* couples face the same problems. Read the full article here: http://bit.ly/2i3sYSv
NELFA’s President, Dominique Boren, says, “It is unbelievable that, even after years, the authorities can’t offer a reasonable way to get out of this nightmare. Law exists to serve people, not the other way around. A marriage is a marriage – that’s it. And especially within the European Union, a Member States should respect the legal decisions of another: To put it at its simplest: This is freedom of movement, one of the core values in the EU!”
NELFA’s Vice-President Giuseppina La Delfa adds, “The EU Agency of Fundamental Rights already stated in 2008, so nearly ten years ago, that Host Member States are obliged to recognise same-sex marriages which were closed abroad. The French government should find a solution as soon as possible and must break the undignified barrier of bureaucracy!”
About NELFA:
NELFA is the European platform of LGBTIQ* families associations, bringing together LGBTIQ* parents and parents-to-be from all over Europe. NELFA currently represents 24 organisations in 15 European countries with more than 20,000 members. NELFA is a member of ILGA-Europe, Transgender Europe and COFACE Families Europe. Website: http://www.nelfa.org. Leaflet: http://bit.ly/2rJW0us. Newsletter: http://bit.ly/2wAM9pG.
Further contacts:
Dominique Boren (NELFA President): +33 630 49 66 62
Giuseppina La Delfa (Vice-President): +39 393 39 63 733
Share this
0 likes
Related Articles