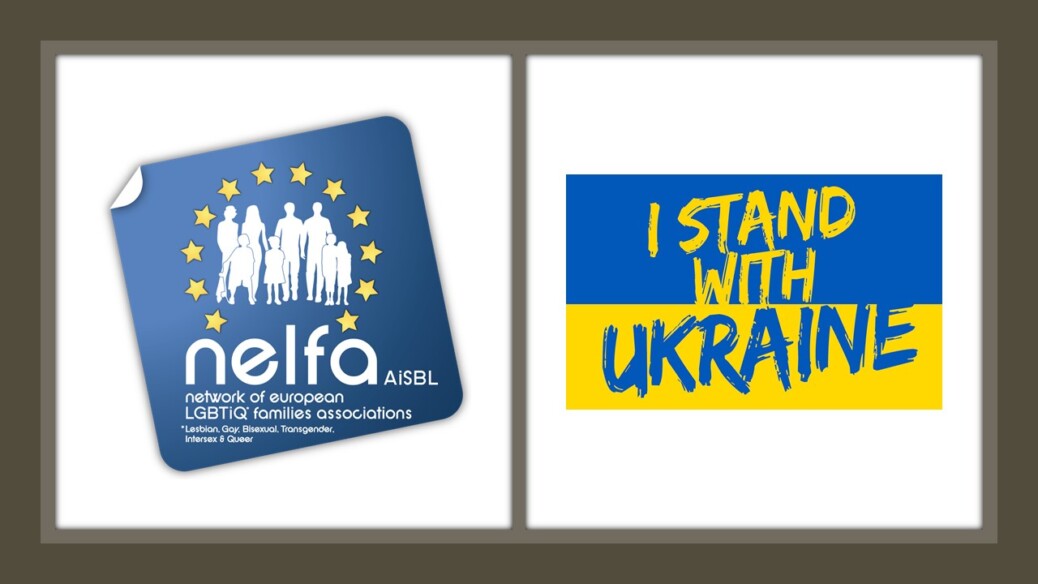 WE STAND WITH YOU! – NELFA condemns Russia’s military aggression against Ukraine and supports all (LGBTIQ*) people and families concerned in the region

The Network of European LGBTIQ* Families Associations, NELFA, is shocked by the recent developments in the conflict between Russia and the Ukraine, and deeply regrets that the government in Moscow finally decided on war instead of diplomacy.

We call on all politicians and stakeholders involved to find a way back to peace. NELFA is particularly concerned by US information, that Russian authorities had drawn up a list of Ukrainians to execute after invading the country and LGBTIQ* citizens were on it.

NELFA’s President Eleni Maravelia says, “At the end, innocent people must suffer. Thousands of families face mortal dangers. Children sit anxiously in bunkers. We stand with everyone in Ukraine, Russia and the entire region who works towards peace and democracy.”

NELFA’s Vice President Dominique Boren adds, “We stand especially for those who are made even more vulnerable. Hate against LGBTIQ* people, activists and their families have long been the order of the day. And with regard to recent announcements to close the Russian LGBT Network, a member of NELFA, we fear that the threat will only increase.”

NELFA is the European platform of LGBTIQ* families associations, bringing together LGBTIQ* parents and parents-to-be from all over Europe. NELFA currently represents 43 organisations in 33 European countries with more than 20,000 members. NELFA is a member of ILGA-Europe, Transgender Europe and COFACE Families Europe. Website: http://www.nelfa.org. Leaflet: http://bit.ly/2rJW0us. Newsletter: https://bit.ly/2Ppsxlf.