Historic court decision in Austria! Marriage equality from start of 2019. 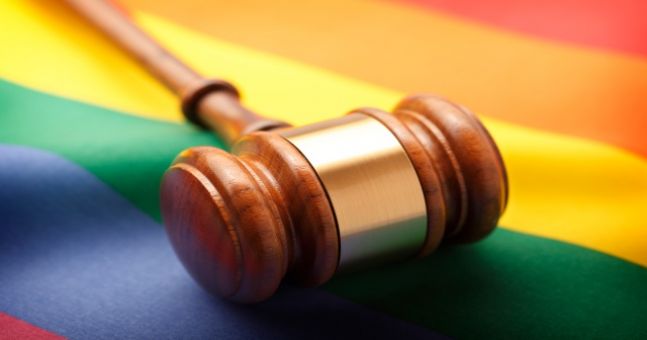 The Network of European LGBTIQ* Families Associations, NELFA, is delighted by the decision of the highest court in Austria to legalise same-sex marriages, with weddings set to begin in 2019 at the latest. The distinction between marriage and civil partnership could no longer be maintained without discriminating against same-sex couples.
Furthermore, the Constitutional Court has stated that, “the resulting discriminatory effect is seen in the fact that through the different title of the family status, people living in same-sex partnerships have to disclose their sexual orientation even in situations in which it is not, and must not be, relevant and are highly likely to be discriminated against”.
The background is an appeal of a lesbian couple from Vienna. The women wanted to get married in spite of an existing ban. Now, they will be able to do it, directly after the official notification of the judgement. This also applies for four other claimant same-sex couples.
NELFA’s President, Dominique Boren, says, “It is a historic decision! For the first time in Europe, a court has lifted the marriage ban for same-sex couples. So far, this was done in a political way. Austria will be the first EU Member State that recognises and realises marriage equality as a human right, even though a mostly dismissive government is imminent. Now, legislator and parliament should take action – without any further delay. Rainbow families need the same rights everywhere and a guaranteed freedom of movement within the EU.”
NELFA’s Vice-President Giuseppina La Delfa adds, “Together with Austria, marriage equality will be reality in 14 of 28 EU countries. But, what about the other half? We cannot be satisfied with just praising the progress. Discrimination of rainbow families is still the order of the day, especially in Eastern Europe. We need to continue our efforts to raise awareness of the existing inequities and injustices. They should be overcome as soon as possible!”
About NELFA:
NELFA is the European platform of LGBTIQ* families associations, bringing together LGBTIQ* parents and parents-to-be from all over Europe. NELFA currently represents 25 organisations in 15 European countries with more than 20,000 members. NELFA is a member of ILGA-Europe, Transgender Europe and COFACE Families Europe. Website: http://www.nelfa.org. Leaflet: http://bit.ly/2rJW0us. Newsletter: http://bit.ly/2jgZNJc.
Further contacts:
Dominique Boren (NELFA President): +33 630 49 66 62
Giuseppina La Delfa (Vice-President): +39 393 39 63 733
Share this
0 likes
Related Articles