Now more than ever: Educational work for the new President of the European Parliament! – The newly-elected Antonio Tajani (EPP Group, Italy) urgently needs some extra tutoring in family diversity and non-discrimination 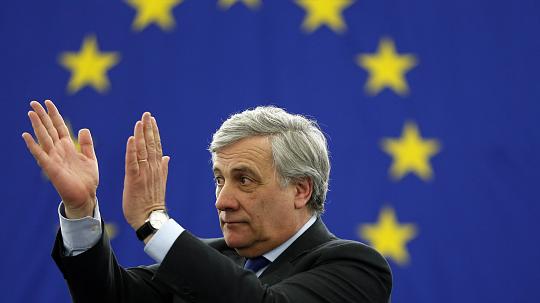 The Network of European LGBTIQ* Families Associations (NELFA) congratulates Antonio Tajani on his election as the new President of the European Parliament. But this is predicated on the expectation that he will reconsider his previous positions on rainbow families.

Mr Tajani stated in 1996 that children of same-sex couples are “certain to have serious psychological problems and experience major difficulties in being accepted as part of society”. In 2014, Mr Tajani signed up to Novae Terrae’s pledge, which called for an EU Roadmap on rights of families, defined restrictively as those based on unions between men and women (who want to educate their children according to “moral and religious” values).

NELFA President Maria von Känel says, “We might describe the election of Antonio Tajani as genuine disappointment. However, NELFA perceives it as a challenge: to teach the new President of the European Parliament about family diversity, equality and non-discrimination and to give him a rap on the knuckles whenever necessary. It is always a good time to learn! We want to reach out to him for better cooperation. Much still remains to be done.”

Luís Amorim, Vice-President of NELFA, adds, “LGBTIQ* parents and their children exist and, of course, they are families – not “pseudo”, as Mr Tajani once said. In recent years, numerous studies have documented the well-being of rainbow families, including their children. To live a ‘normal life’ as Mr Tajani also strongly supported, we all should focus on the values and fundamental rights of the European Union. This includes protection, legal recognition and equal treatment of all citizens. Rainbow families cannot be excluded from those precepts.”

About NELFA: NELFA is the European platform of LGBTIQ* families associations, bringing together LGBTIQ* parents and parents-to-be from all over Europe. NELFA currently represents 32 organisations in 19 European countries with more than 26,500 members. NELFA is a member of ILGA-Europe and Transgender Europe.

Get involved in the International Family Equality Day (IFED): www.internationalfamilyequalityday.org